Learn how to calculate the variance with this simple Excel formula and apply it to your own statistical calculations. 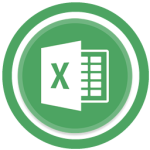 The variance, just like standard deviation, is a useful concept in statistics that is not always a simple concept to grasp. It refers to the measure of dispersion of other values from the mean or average, indicating how far away the move from the mean figure. It accounts the differences that each value has with respect to the mean figure.

It is related to the concepts of Average and Standard Deviation

Although it seems complicated, and in its own way it is, there is an Excel function specifically to help out in calculating the variance of any group of values. The function VAR is used as follows:

Calculate the Median with Excel

Calculate the Mode in Excel